The United States has a long, cherished history as a welcoming country and the contributions of immigrants continue to enrich the nation. While our citizens come from dif­ferent backgrounds and cultures, Americans are bound together by shared ideals, based on individ­ual freedom and the rule of law. American presidents, beginning with George Washington, have acknowledged the contributions of immigrants and regularly spoken about the importance of responsible citizenship.

Speaking on behalf of the United States and its citizens, presidential speeches are often eloquent and endearing, conveying the feel­ings of the nation. The following section includes a collection of presidential quotes on citizenship and the important contributions of immigrants. As you read, note that throughout history, U.S. presi­dents have expressed a consistent message on these two themes. 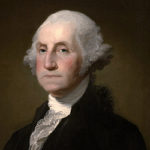 “The bosom of America is open to receive not only the Opulent and respectable Stranger, but the oppressed and persecuted of all Nations And Religions; whom we shall welcome to a participation of all our rights and privi­leges, if by decency and propriety of conduct they appear to merit the enjoyment.” 1783 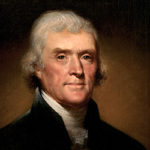 “Born in other countries, yet believing you could be happy in this, our laws acknowledge, as they should do, your right to join us in society, conforming, as I doubt not you will do, to our established rules. That these rules shall be as equal as prudential considerations will admit, will certainly be the aim of our legislatures, general and particular.” 1801 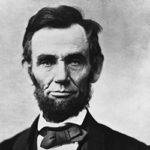 “Let us at all times remember that all American citizens are brothers of a common country, and should dwell together in the bonds of fraternal feeling.” 1860 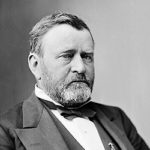 “The immigrant is not a citizen of any State or Territory upon his arrival, but comes here to become a citizen of a great Republic, free to change his residence at will, to enjoy the blessings of a protecting Government, where all are equal before the law, and to add to the national wealth by his industry. On his arrival he does not know States or corporations, but confides implicitly in the protecting arm of the great, free country of which he has heard so much before leaving his native land.” 1872

“The United States wisely, freely, and liberally offers its citizenship to all who may come in good faith to reside within its limits on their complying with certain prescribed reasonable and simple formalities and conditions. Among the highest duties of the Government is that to afford firm, sufficient, and equal protection to all its citizens, whether native born or naturalized.” 1874 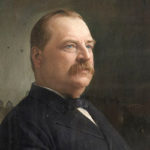 “Heretofore we have welcomed all who came to us from other lands except those whose moral or physical condi­tion or history threatened danger to our national welfare and safety. Relying upon the zealous watchfulness of our people to prevent injury to our political and social fabric, we have encouraged those coming from foreign countries to cast their lot with us and join in the development of our vast domain, securing in return a share in the blessings of American citizenship.” 1897 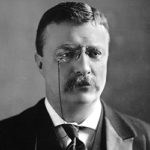 “The good citizen is the man who, whatever his wealth or his poverty, strives manfully to do his duty to himself, to his family, to his neighbor, to the State; who is incapable of the baseness which manifests itself either in arrogance or in envy, but who while demanding justice for himself is no less scrupulous to do justice to others. It is because the

average citizen, rich or poor, is of just this type that we have cause for our profound faith in the future of the Republic.” 1903

“We are all of us Americans, and nothing else; we all have equal rights and equal obliga­tions; we form part of one people, in the face of all other nations, paying allegiance only to one flag; and a wrong to any one of us is a wrong to all the rest of us.” 1917 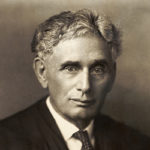 “This is the only country in the world which experiences this constant and repeated rebirth. Other countries depend upon the multiplication of their own native people. This country is constantly drinking strength out of new sources by the voluntary association with it of great bodies of strong men and forward-looking women out of other lands. And so by the gift of the free will of independent people it is being constantly renewed from generation to generation by the same process by which it was originally created….You have just taken an oath of allegiance to the United States. Of allegiance to whom? Of allegiance to no one, unless it is God—certainly not of allegiance to those who temporarily represent this great Government. You have taken an oath of allegiance to a great ideal, to a great body of principles, to a great hope of the human race.” 1915 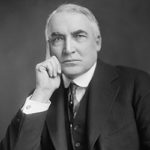 “Nothing is more important to America than citizenship; there is more assurance of our future in the individual character of our citizens than in any proposal I, and all the wise advisers I can gather, can ever put into effect in Washington.” 1920 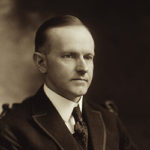 “American citizenship is a high estate. He who holds it is the peer of kings. It has been secured only by untold toil and effort. It will be maintained by no other method. It demands the best that men and women have to give. But it likewise awards its partakers the best that there is on earth.” 1924

“Whether one traces his Americanism back three centuries to the Mayflower, or three years to the steerage, is not half so important as whether his Americanism of today is real and genuine. No matter by what various crafts we came here, we are all now in the same boat.” 1925 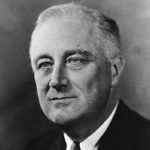 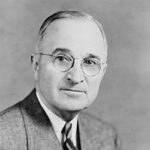 “There is no more precious possession today than United States citizenship. A nation is no stronger than its citizenry. With many problems facing us daily in this perplexing and trying era, it is vital that we have a unity of purpose—to the end that freedom, justice, and op­portunity, good will, and happiness may be assured ourselves and peoples everywhere.” H 1948 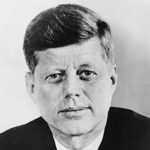 “Everywhere immigrants have enriched and strengthened the fabric of American life.” 1959 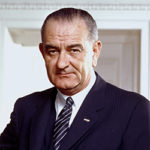 “Our citizens—naturalized or native-born—must also seek to refresh and improve their knowledge of how our government operates under the Constitution and how they can participate in it. Only in this way can they assume the full responsibilities of citizenship and make our government more truly of, by, and for the people.” 1967

Lyndon B. Johnson – The American Promise 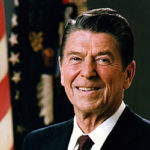 “It’s long been my belief that America is a chosen place, a rich and fertile continent placed by some Divine Providence here between the two great oceans, and only those who really wanted to get here would get here. Only those who most yearned for freedom would make the terrible trek that it took to get here. America has drawn the stoutest hearts from every corner of the world, from every nation of the world. And that was lucky for America, because if it was going to endure and grow and protect its freedoms for 200 years, it was going to need stout hearts.” H 1984

“I received a letter just before I left office from a man. I don’t know why he chose to write it, but I’m glad he did. He wrote that you can go to live in France, but you can’t become a Frenchman. You can go to live in Germany or Italy, but you can’t become a German, an Italian. He went through Turkey, Greece, Japan and other countries. But he said anyone, from any corner of the world, can come to live in the United States and become an American.” 1990

Ronald Reagan – Tear Down This Wall 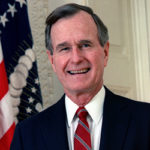 “Nearly all Americans have ancestors who braved the oceans—liberty-loving risk takers in search of an ideal—the largest voluntary migrations in recorded history. Across the Pacific, across the Atlantic, they came from every point on the compass—many passing beneath the Statue of Liberty—with fear and vision, with sorrow and adventure, fleeing tyranny or terror, seeking haven, and all seeking hope…Immigration is not just a link to America’s past; it’s also a bridge to America’s future.” 1990 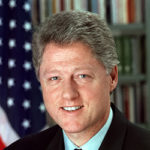 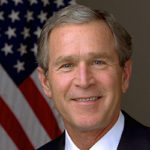 “America has never been united by blood or birth or soil. We are bound by ideals that move us beyond our backgrounds, lift us above our interests and teach us what it means to be citizens. Every child must be taught these principles. Every citizen must uphold them. And every immigrant, by embracing these ideals, makes our country more, not less, American.” H 2001

“America’s welcoming society is more than a cultural tradition, it is a fundamental promise of our democracy. Our Constitution does not limit citizenship by back­ground or birth. Instead, our nation is bound together by a shared love of liberty and a conviction that all people are created with dignity and value. Through the generations, Americans have upheld that vision by welcoming new citizens from across the globe— and that has made us stand apart.” 2006 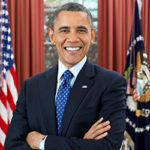 “For more than two centuries, this nation has been a beacon of hope and opportunity, a place that has drawn enterprising men and women from around the world who have sought to build a life as good as their talents and their hard work would allow. And generation after generation of immigrants have come to these shores because they believe that in America all things are possible.” 2009