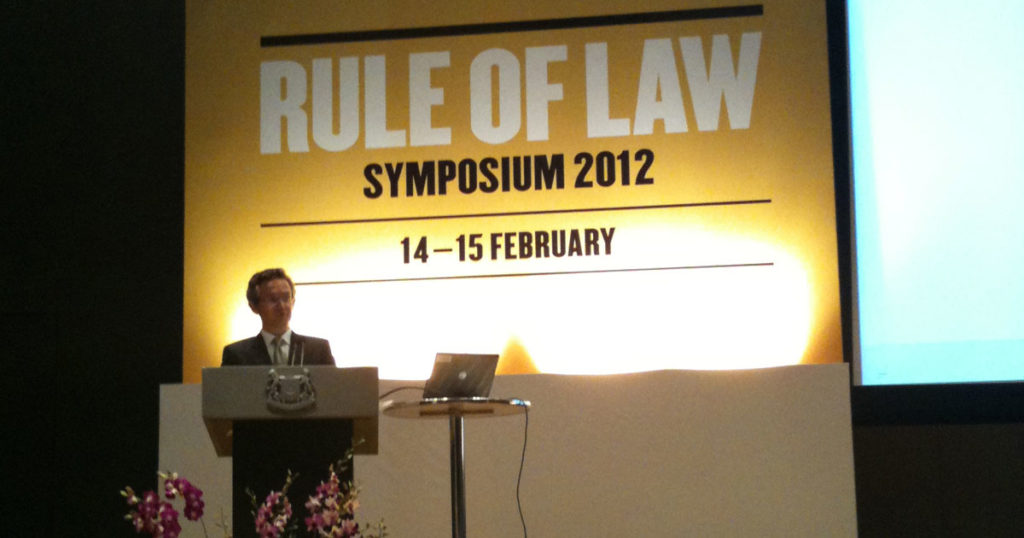 Everyone must follow the law. Leaders must obey the law. Government must obey the law. No one is above the law. John Adams was one of the Founding Fathers and the second president of the United States. He wrote that our country is, “a government of laws, and not of men.” No person or group […]

11. What is the economic system in the United States? 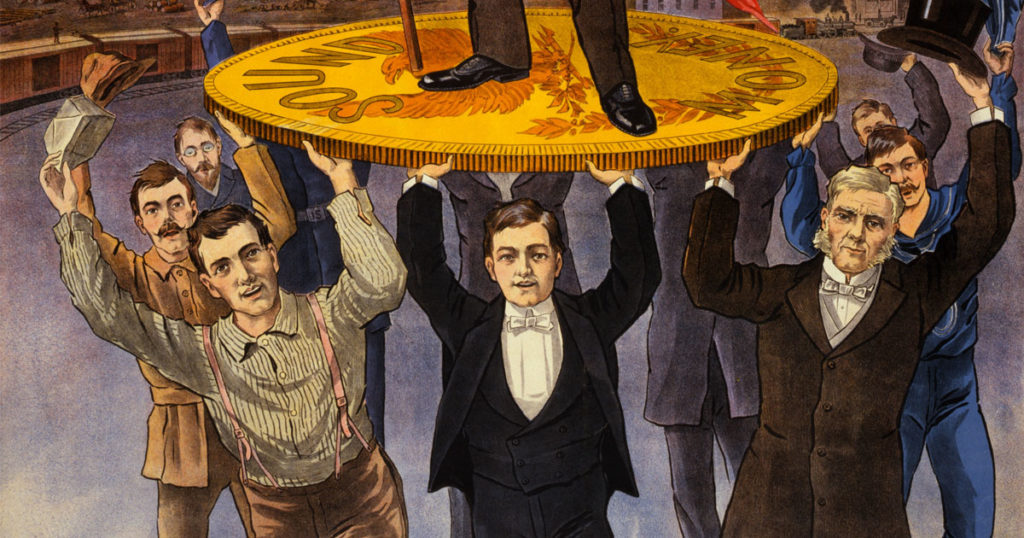 capitalist economy market economy The economic system of the United States is capitalism. In the American economy, most businesses are privately owned. Competition and profit motivate businesses. Businesses and consumers interact in the marketplace, where prices can be negotiated. This is called a “market economy.” In a market economy, businesses decide what to produce, how […]

10. What is freedom of religion? 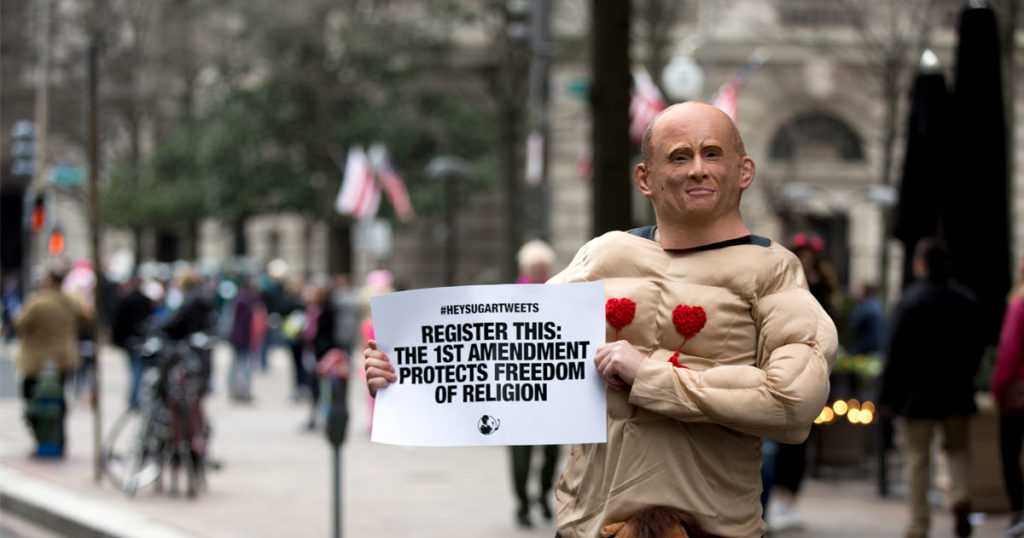 You can practice any religion, or not practice a religion. Colonists from Spain, France, Holland, England, and other countries came to America for many different reasons. One of the reasons was religious freedom. The rulers of many of these countries told their citizens that they must go to a certain church and worship in a […]

9. What are two rights in the Declaration of Independence? 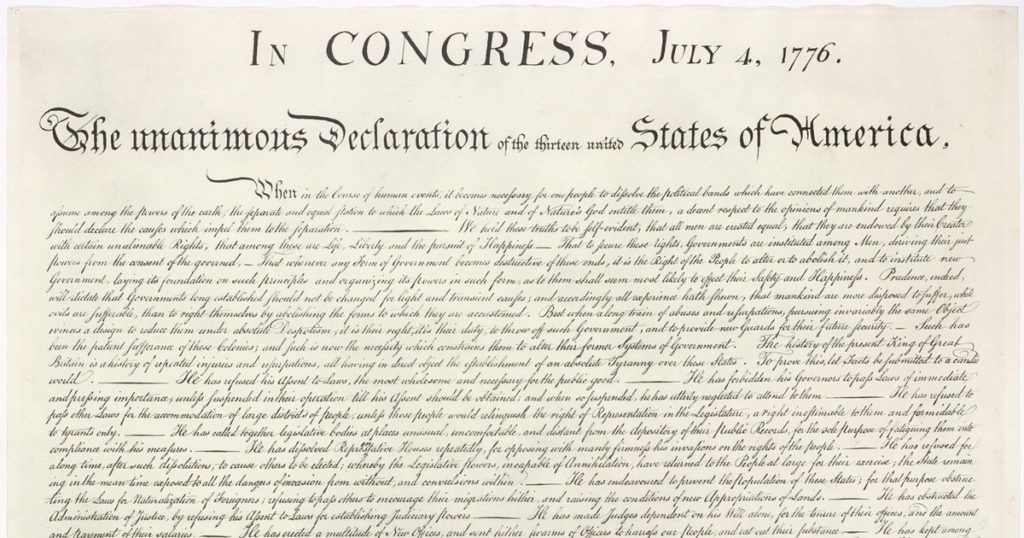 life liberty pursuit of happiness The Declaration of Independence lists three rights that the Founding Fathers considered to be natural and “unalienable.” They are the right to life, liberty, and the pursuit of happiness. These ideas about freedom and individual rights were the basis for declaring America’s independence. Thomas Jefferson and the other Founding Fathers […] 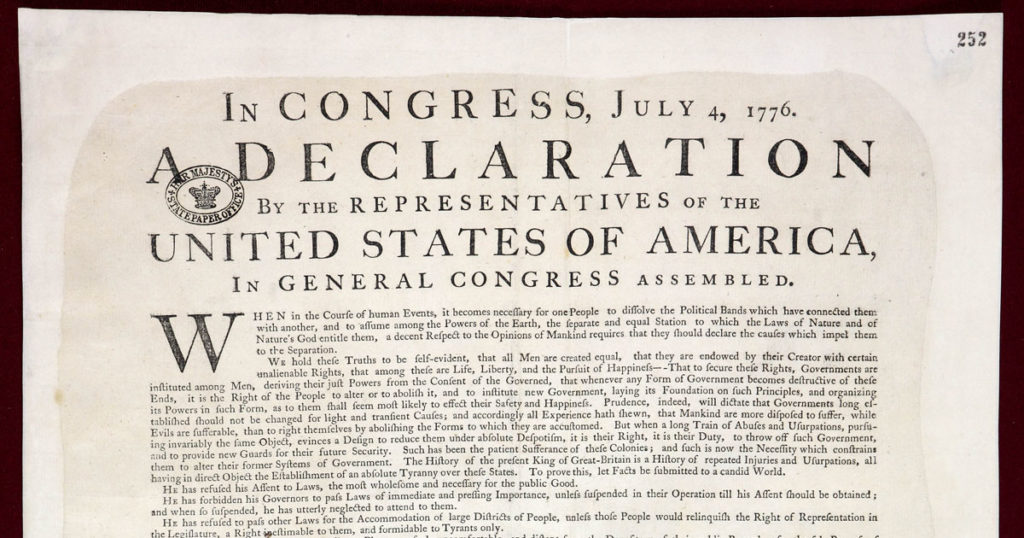 7. How many amendments does the Constitution have? 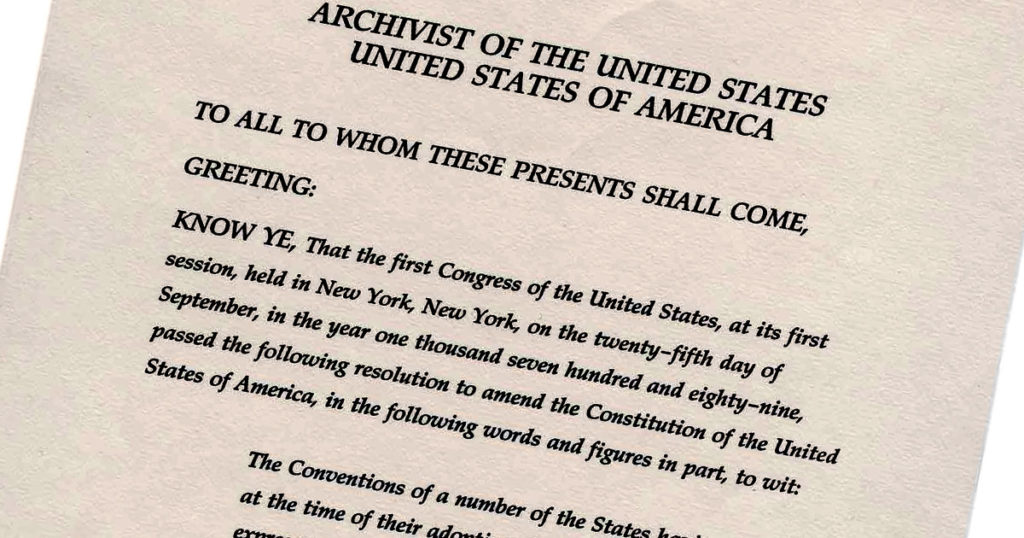 twenty-seven (27) The first 10 amendments to the Constitution are called the Bill of Rights. They were added in 1791. Since then, 17 more amendments have been added. The Constitution currently has 27 amendments. The 27th Amendment was added in 1992. It explains how senators and representatives are paid. Interestingly, Congress first discussed this amendment […]

6. What is one right or freedom from the First Amendment? 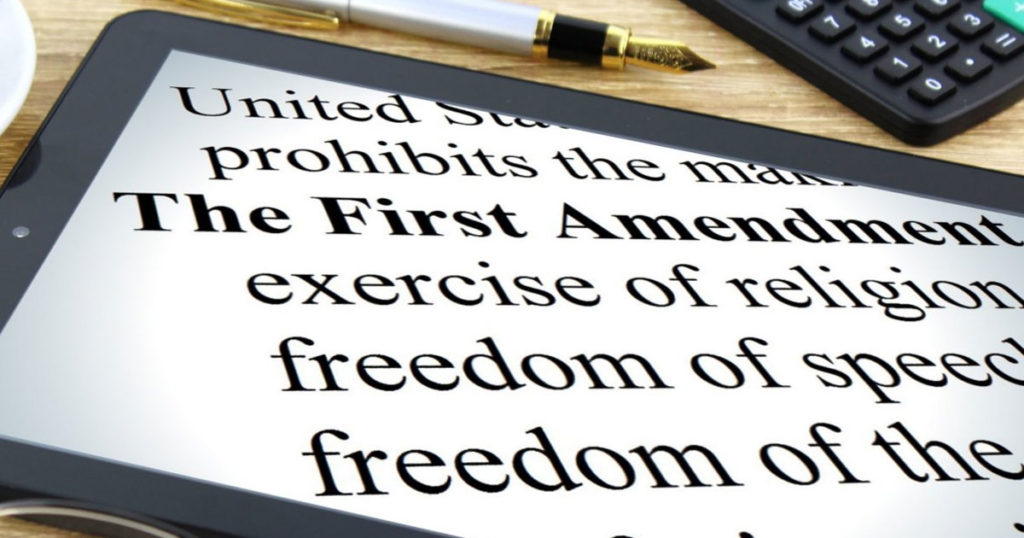 speech religion assembly press petition the government The First Amendment of the Bill of Rights protects a person’s right to freedom of expression. Freedom of expression allows open discussion and debate on public issues. Open discussion and debate are important to democracy. The First Amendment also protects freedom of religion and free speech. This amendment […]

5. What do we call the first ten amendments to the Constitution? 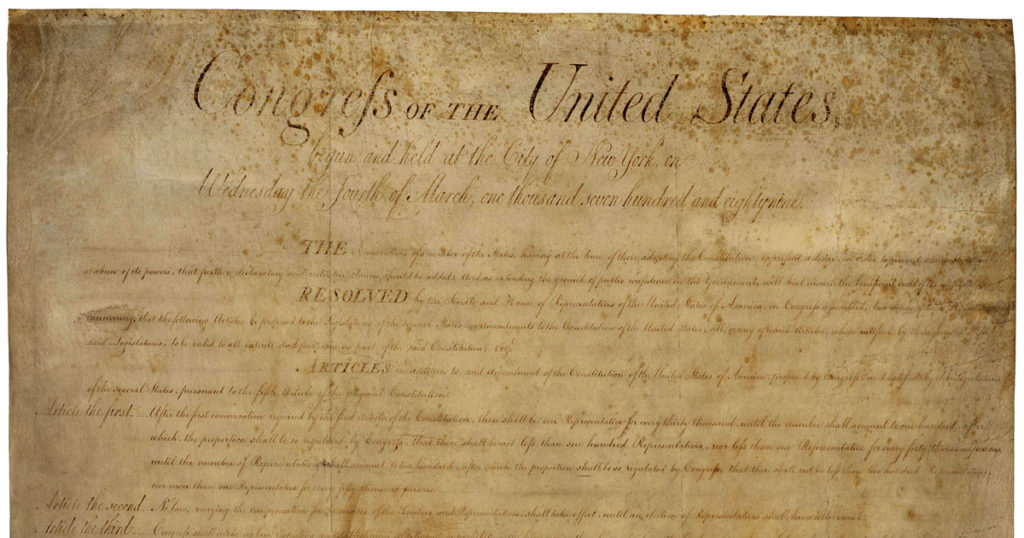 4. What is an amendment? 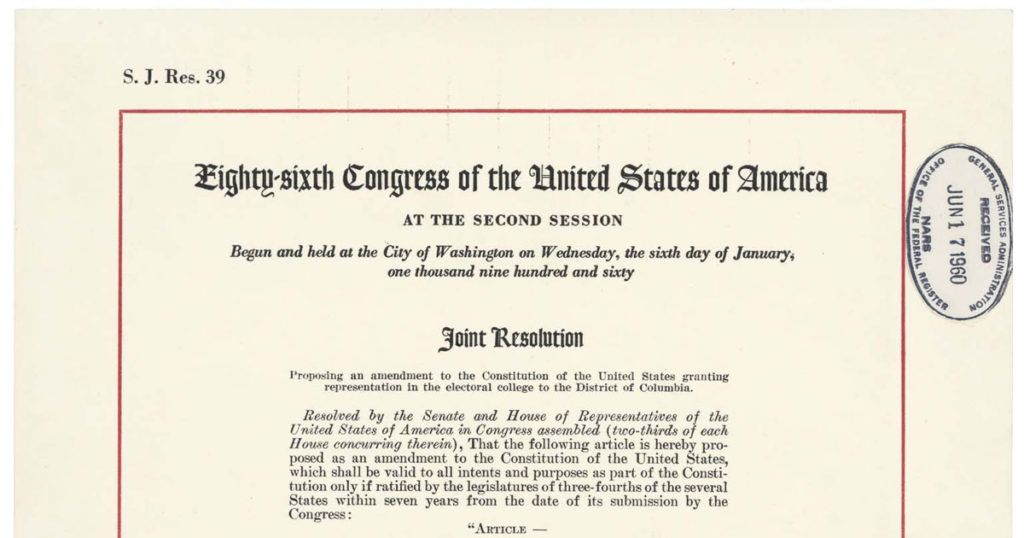 3. The idea of self-government is in the first three words of the Constitution. What are these words? 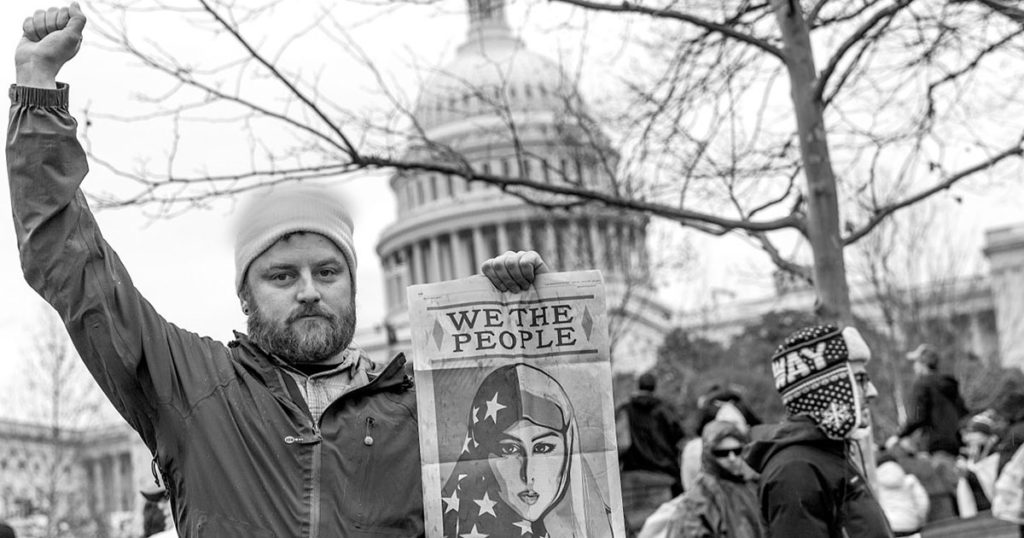 We the People The Constitution says: “We the People of the United States, in Order to form a more perfect Union, establish Justice, insure domestic Tranquility, provide for the common defence, promote the general Welfare, and secure the Blessings of Liberty to ourselves and our Posterity, do ordain and establish this Constitution for the United […]